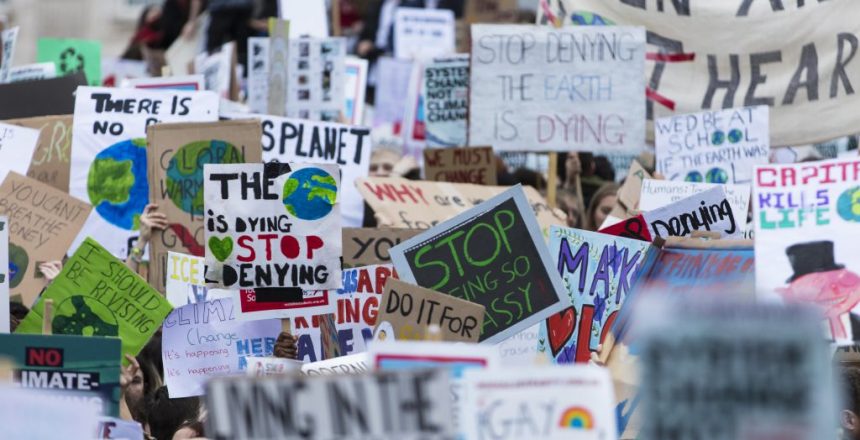 London is in the middle of a climate crisis and it’s no small fad. From the 2018 heatwave to the alarmingly balmy February to the devastatingly increasing rainstorms, Britain is more keenly aware of the effects of climate change than nearly any other country chooses to openly acknowledge. Unfortunately, the climate is changing fast while changes necessary to stop it are not happening fast enough.

The Climate Crisis and the Extinction Rebellion

The Extinction Rebellion is an ongoing movement where protest after peaceful protest have been staged to force the government, corporations, and general policy-makers to wake up and fight the climate crisis. The UK is losing 2.5 mm of shore every year and London has flooded repeatedly as rainstorms become more torrential and intense with each passing year. The rising temperatures and the rising sea cannot be ignored if we plan to continue our proud tradition of enjoying the British Isles for centuries.

Protestors have brought planters and potted trees to stage impromptu garden blockades. They have staged melting glacier artistic pieces. Millions are leaving school for a day as part of a worldwide protest against climate change being tolerated and ignored by policy-makers. They have mobbed every major landmark and government building to draw attention to the need for change. The goal is not to cause disruption, but to make it clear that the British people are behind climate correction en masse. Many are saying this is more immediate and important than Brexit. Politics can wait. Heatwaves and floods will devastate the country no matter what the politicians do and there’s only so much time to fight back.

Fighting Climate Change One Business at a Time

Fortunately, businesses of every size don’t have to wait for decisions from on-high to start making impactful changes. Not only are green companies banding together to form alliances and share strategies, but more and more businesses are responding to the climate crisis by making their own mandates to reduce carbon emissions, increase oxygen production, and push back the climate crisis in any way they can.

The vehicular lithium-ion battery has come a long way in the last decade. They are not long-range and fast enough to be highly effective in urban environments, and they are going industrual. Between the now wide variety of passenger type electric vehicles and the trucking industry easing into electric vehicles, it is now possible for businesses to build all-electric or at least hybrid fleets of low-to-no emission vehicles.

If you don’t have a fleet, look into making sure you’re partnered with transport services that are prioritizing electric and hybrid fleet conversions.

Plant a Garden, Sponsor a Forest

Increase the plantlife. Increase it locally on your office grounds by building roof gardens and balcony gardens, and looking for ways to turn crumbling strips of local concrete into gardens. Then go out and sponsor the efforts to replant forests and support replanting initiatives.

There are many harmful chemicals being used every day that increase the toxicity of our environment and contribute to the negative climate change. The more businesses switch to eco-friendly chemicals in both the supply chain and inside the home office, the more of a difference we can make. With green businesses supporting each other and banding together, eco-friendly initiatives can take hold and make a dent in the huge task of turning back climate change to save London and the world at large.