How to Stay Safe from Hidden Mould Growth in Your HVAC 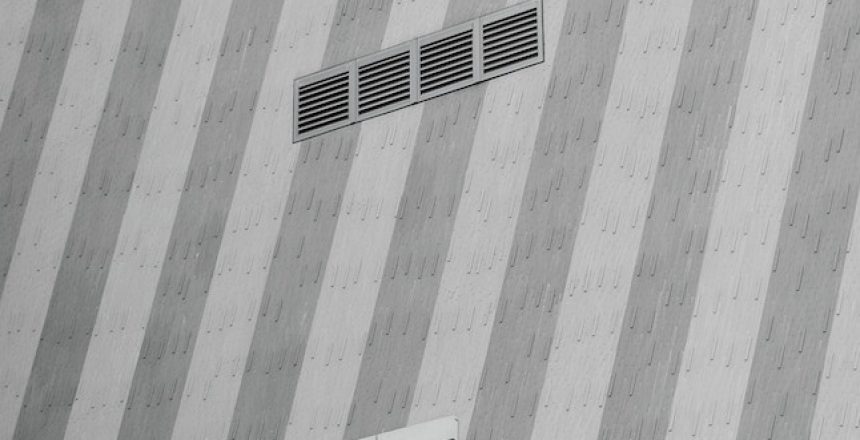 How to Stay Safe from Hidden Mould Growth in Your HVAC

Mould spores are a natural part of our air content. Every region in the country has a few mould spores floating invisibly and certain seasons cause that number to multiply. Mould is common indoors and outdoors. It’s fine when mould grows outdoors, eating dead plant material like its supposed to. But when mould starts growing inside your walls or – worse – inside your HVAC unit, everyone exposed to the spore-rich airflow could be infected. This is vitally important for both homes and businesses where mould may be growing in the ducts and appliance units of the HVAC system.

If you suspect that mould is in your air system due to a persistent musty smell when the AC kicks on, don’t delay. The situation is more than just a little mildew in the ductwork. There are potentially severe medical consequences to extended exposure to high concentrations of mould spores at work or at home.

How Mould Gets Into Your HVAC System

Mould will grow on any moist surface. It feeds on trace droplets of moisture and can even grow on painted metal if there is enough moisture to live on. In the summer when cold air is blowing, condensation in the vents, ducts, and the AC unit itself can create enough moisture for mould to thrive. If enough mould spores get through your air filter, it can start to grow inside your entire HVAC system.

Mould can grow inside your HVAC unit where condensate gathers, but the most likely place to find mould growth is in your ducts and vents where piled dust in the corners can gather enough moisture to create a porous, welcoming growth environment for the mould.

How do you know mould has gotten into your HVAC? You’ll smell it. Mould and mildew have a distinct “musty” odor that many identify as smelling like sour clothes. If you smell that ‘too long in the washer’ smell and can’t find the source, look up to the vents. Follow your nose to find out where the musty smell is coming from. It’s common to smell must around the laundry (run your washer with vinegar) or down the drain (flush it with bleach), but musty smells coming from the vent mean there is mould growing somewhere in your HVAC system.

If the smell is permeating throughout the house, and is strongest near the vents when the AC turns on, your HVAC is likely fully infested with a mould growth hidden in the ducts and the unit cabinet. This will require more than just scrub brushes. You will need a full cleaning and possibly mould remediation for the house, as well.

Mould Growth Can be Seen on Intake and Outflow Vents

The first place to look for mould in your vents, as this is the easiest place to see. Look up at your vent registers for signs of spotting or clumping on the paint. Mould can look like brown or greenish speckles, often large speckles surrounded by little speckles. If you see mould or what looks to be growing dirt on your vents, this means there is likely also mould in your ducts.

Your vent registers are often the most visible place to see mould in the HVAC system, and you may only be seeing the tip of the iceberg. Mould in your ductwork or cabinet can be hidden behind little growing speckles on your vent covers.

Take down your vent registers and wash them in light bleach and warm vinegar to fully kill the mould before you clean your ducts and remount the vents.

Mould Grows in Moist Ducts During the Summer

Mould in the ductwork occurs when the ducts become moist with condensate during the summer. The condensation from cool air hitting the duct walls is enough for mould to grow happily and often, mould in the ductwork is invisible and therefore not treated until the smell becomes overwhelming.  The built-up dust in the space also gives a more porous and potentially organic place for mould to grow besides the metal duct walls.

You may need a duct cleaning specialist to remove the mould from the ductwork that goes between your walls and into the attic. This will likely require spray, scrub, and wipe-out to fully remove the mould growths.

Mould can Even Grow Inside the HVAC Unit

How does mould get into the system? Other than drifting into the outflow vents when the AC is off, mould usually gets in through the actual HVAC unit, which is bad news for the unit.

Mould typically enters through a dirty or missing air filter. This happens when no one is replacing the air filter regularly. The mould spores that make it passed the limited or flawed filtration take root on any moist surface in the AC unit.

Once inside the HVAC unit mould finds moisture on the condenser coils and in puddles dripped by the cold coils onto the appliance floor. Once mould growth begins, it spreads to the rest of your duct and vent system.

Spreading Mould Spores can Make the Everyone Sick

The most important fact to remember is that mould isn’t just smelly and ugly, it’s also dangerous. Mould has been found to be linked to severe respiratory problems, allergy symptoms, headaches, and in some cases, brain disorders. Mould can grow inside the human body as easily as it can grow on painted metal duct walls – better, in fact, because we are moist and organic.

Some moulds can enter through the nose and begin growing in the brain. Others can cause severe conditions involving the lungs or even the nervous system. It’s not uncommon for those exposed daily to all become ill – and in seemingly unique ways – in a house infested with mould and thick with mould spores.

If you suspect or know that there is mould in your HVAC system, this is not a matter of weathering the nuisance. It could be an issue of health or sickness, even life-and-death with extended exposure.

Immediate Removal of Mould from Your HVAC Unit and Duct System

Are there signs of mould growth in your HVAC? This has a serious impact on your indoor air quality along with the actual health and safety of your Everyone who spends daily time inside the building. Contact HVAC professionals and mould remediation services immediately to keep your family safe and remove the mould from your HVAC.

A good HVAC system is designed to filter the air – to improve air quality and make the air cleaner for your family. Mould growth does the exact opposite. Regular care, cleaning, and maintenance of your HVAC system can help to prevent mould growth and clear away any mould that has begun to grow inside the appliance cabinet or through the ductwork.

When you find mould in your ductwork, you may have a tough road ahead. But the one good thing other than removing that hidden mould growth is the chance to remodel. If you have to remove drywall panels or old cabinetry, take the opportunity to redesign your space. Improve on the plumbing. Give yourself a few attractive new building features while you also recover the building from the extensive growth of local mould.

Contact us today for quick cleaning to prevent mould from taking root.

How to Clean Suede Shoes – Step by Step Guide

The Best Way to Clean Make-Up Brushes: A Step-by-Step Guide

How to Clean a TV Screen, Laptop Screen, and Tablet Screen – Step by Step Guide

How to Clean AirPods and Wireless Earbuds – Step by Step guide

How to Clean the Vacuum Hoover: Step by Step Guide

How to Clean Your Kettle: A Practical Step By Step Guide