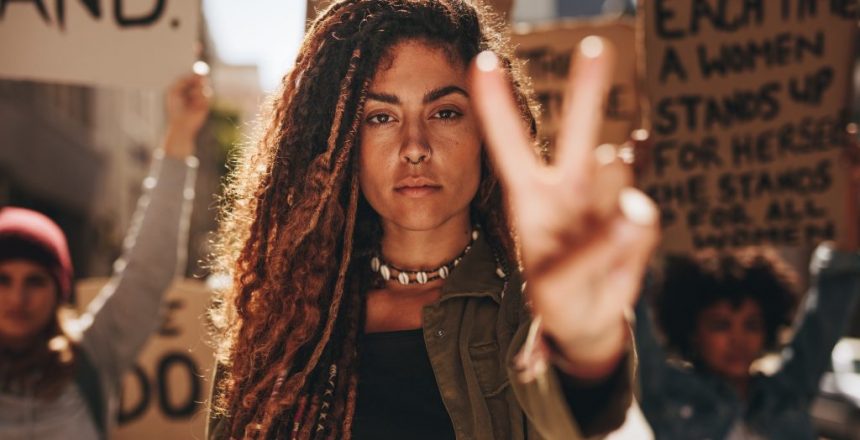 They’ve emboldened the youth. They’ve cost taxpayers ￡37 million. They were recently banned in London. Still, they might have just catapulted environmental efforts into the mainstream consciousness.

They’re Extinction Rebellion, otherwise known as XR. They are a coalition of environmental activists whose average age happens to hover around 16. Their first protest was on October 31, 2018, in Parliament Square in London.

XR advocates for environmental change through the use of civil disobedience. You may have experienced this yourself, depending on where you live. XR famously clogged the Tube during rush hour, glued themselves to the Walkie Talkie building, and Buckingham Palace.

This has allowed them to dominate the news cycle and gather invaluable coverage for their efforts. Though, the response hasn’t always been glowing. XR’s Tube protest was divisive, even amongst XR members.

It speaks to the difficulty of using civil disobedience to enact social change. There are only so many ways to disrupt without, well, disrupting. Though, their website does ensure visitors know that XR is deeply sorry about any disruption their protests cause the everyday citizen.

Where Is XR Located?

The XR movement is worldwide, though 55 of their 80 XR Youth groups are located in the United Kingdom. The group is also decentralized, meaning anyone can claim to be apart. It’s easy to imagine that this also makes forging a cohesive message even more difficult.

Swedish climate change activist Greta Thunberg recently spoke at an XR rally. She made headlines for suggesting the activists should ignore the London ban and protest anyway. Of course, she was effectively advocating for protesters to break the law. XR did just that, defying the ban and continuing their protests.

Thunberg was made famous for her impassioned speech at the UN climate action summit. She demanded that world leaders explain their inaction on climate change.

Though not a part of XR, they and Thunberg share similar goals. She is but one of the many youths who have decided that climate change is the most pressing concern of their lives.

It is worth note that the youngest XR member is only ten years old. So, what compels a child towards environmental activism?

What Does XR Want?

This is a time during which children are expected to play or revel in hobbies and sports. Yet, so many are devoting their lives to the cause of climate change, instead. Those very activists would say that the times are incredibly dire, spurring their inability to ignore the consequences.

Their website says that XR is fighting social collapse and mass extinction. Of course, mass extinction is an incredibly frightening prospect. XR’s website also lists their 10 ‘principles and values’. These include things such as mobilising 3.5% of the population, inclusion, non-violence and the avoidance of blame and shame.

There have been criticisms of XR. They were even recently criticized by the prime minister.

These criticisms surround their age, messaging, and the impact of their efforts. Think pieces abound expound on how the group is wasting their fame and/or time. Average citizens tire of their constant disruptions. It’s easy to understand why.

Yet, a recent report detailed how the world’s frozen regions– encompassing 80% of our earth– have already suffered horrible consequences. The same report warned of hundred-year floods and a significantly higher sea level over time.

It is even increasingly hotter in the UK, something that might threaten the supply of water eventually. That’s without noting the worsening air pollution, something that also affects average, everyday individuals.

This is the reality the youth are growing up in. This is the future they face every day. With this in mind, it becomes significantly easier to understand why some are deciding to protest, risking things such as jail time and lost wages to foment change.